The globe is back!

In June 2019 Episerver released the new refreshed UI. It looked nice, but one important thing was missing; the globe! This button lets you jump directly to the current content, just like your visitors would see it.

In Episerver.CMS.UI 11.21.0 the globe disappeared! We would first have to click «Options» and then «View on website» to accomplish the same. That is one more click I do not want to do. 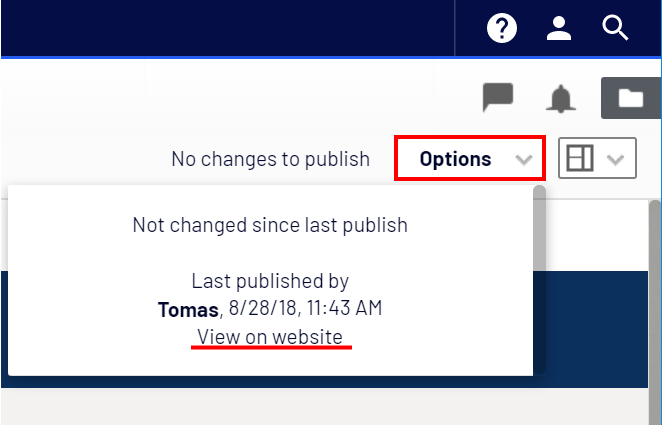 So what could I do about it?

I opened a feature request in the forum on Episerver World, but the feedback was not overwhelming.

So, I created a module that put the globe back in Episerver. I wrote a blogpost about it, published the source code, and put the module on nuget.episerver.com.

The globe is now located in the top right corner. I am no big fan of the new location. I think a common scenario is publishing a change first, and then want to use the globe afterward.

I like my placement directly over the «publish»-button better. In the screenshot the globe from my module to the left, and Episerver's new to the right.

Improvement with the new button is that it can be right-clicked for opening in a new tab.

Thanks for listening to the community Episerver, and thanks for putting the globe back!